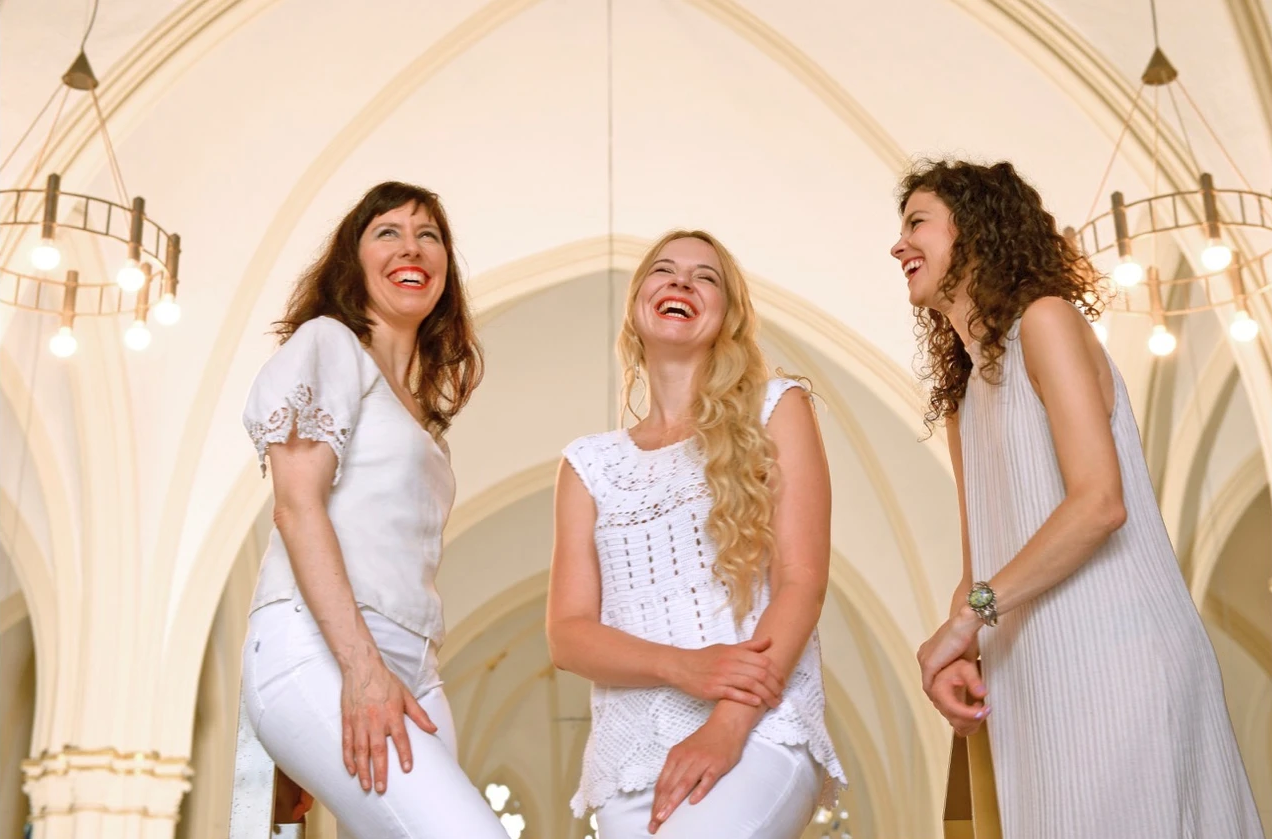 OrgaVoce is a European trio founded in spring 2020. The classically trained artists have Italian, Lithuanian and German-Armenian roots. They met while studying at the University of the Arts in Berlin. OrgaVoce performs early and contemporary music and likes to juxtapose them with each other in their concerts.

The soprano Laura Barchetti and mezzo-soprano Helen Ispirian found the ideal partner for their artistic ideas in award-winning organist Karolina Juodelyte, who is not only an excellent organist but also sings alto in a capella trios, which are now an integral part of several programs of the versatile ensemble. The trio has been performing regularly in Berlin since June 2020 and has already produced four different programs. A continuing partner for OrgaVoce is the young Israeli composer Ruth Alon, who has also been a guest student at the UdK for a time and whose music has won international awards. In August 2022, OrgaVoce was invited to a music festival in Lithuania.

In the summer of 2020, OrgaVoce, with the involvement of other artists from various disciplines, made the musical, experimental short film HEAR US SWEET FREEDOM! which is intended to draw attention in a humorous way to the precarious situation of solo self-employed artists.

The film draws a future scenario: art & culture are extinct as a result of the Corona pandemic. Three women, symbolizing creativity, solidarity and finances, pray with their followers to the gods of the arts for them. The film is based on three pieces of music from three epochs (H. Schütz/"Erhöre mich, wenn ich dich rufe", G.F.Händel/"Come, Ever-smiling Liberty" from the oratorio "Judas Maccabeus" and by F.Schubert/"An die Musik" for cello and piano).

Hear Us Sweet Freedom! was selected for the International Film Festival Oakville/Canada and celebrated its world premiere on June 28, 2021. In mid-August '21, it received an honorable mention at the Blue Sea Film Festival in Rauma, Finland, and was also awarded the Jury Prize for Best Film at the KIN Film Festival in Armenia in late 2021. In March 2022, the US premiere took place in New York City as part of the Socially Relevant Film Festival.

In addition, the short film was recently awarded by the Goethe Institute India and published with other art projects on a platform about freedom, so the 12-minute film is accessible online in this framework: https://www.goethe.de/ins/in/en/kul/soc/fre/23585117.html

We use cookies on our website. Some of them are essential for the operation of the site, while others help us to improve this site and the user experience (tracking cookies). You can decide for yourself whether you want to allow cookies or not. Please note that if you reject them, you may not be able to use all the functionalities of the site.